A Need for a peaceful Islam

An opinion piece by Atiye Joodavi. 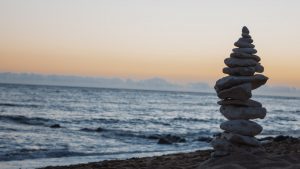 Suicide attacks, war, murder, violence, oppression, discrimination and injustice always remind you of Islam and Muslims. But is Islam really the religion of violence? “No”
Why is it called Islam? In Arabic, the word “Islam” means submission or surrender – however, it was derived from the root word “salam”. From this root word, you can also derive the words peace and safety. Many people feel that Islam implies some sort of enslavement to Allah, but others find it more helpful to define the word “Islam” as surrender.
Many religions have a concept of surrender to God. In Jewish history, when the ancient Hebrews obeyed God’s commands, they had a long period of prosperity and stability.
In Christianity, surrendering to God is a way of putting your life into more capable hands – in fact, Jesus asked many of his disciples to surrender their livelihoods and follow him.
So, if we look at the word ‘Islam’ in this way, we can understand why obeying Allah’s commands and trusting in Allah’s wisdom could bring peace for a Muslim.
The word does not represent a one-sided relationship, where the believer is enslaved to Allah. Rather, the word Islam indicates a covenant between Allah and his followers, where a Muslim surrenders his or her will to Allah in return for peace or safety.
The Arabic word salaam (سلام ) (“Peace”) has the same root as the word Islam. One Islamic interpretation is that individual personal peace is attained by utterly submitting to God. As in other Abrahamic religions (Christianity, Judaism, etc.), peace is a basic concept in Islamic thought. The greeting “Salaam alaykum”, favored by Muslims, has the literal meaning “Peace be upon you. And Prophet Mohammad says: “No one is a believer unless he loves for his brother what he loves for himself.” So a true believer is who always wants the best for others and is in peace with everything and everyone.
But why all we see is the opposite? Why are Muslims more violent and less tolerant than followers of the other religions?
The Islam introduced and defined through media is what a group of fanatic, ignorant, extremist, so-called Muslims who have a poor grasp of Islam represented, while the real Islam has been kept away from every one.
While some try to demolish the whole world by the name of Islam, There are some Muslims who are moving towards peace and unity and trying to show the world the real Islam. They break down the walls built by conservatives and extremists between religions by setting up a mosque in the heart of the church where all and everyone is so welcome. Where men and women without considering their sexual identity can pray side by side.
The founders of Ibn Rushd Goethe mosque want to send a signal against Islamic terror and the misuse of Islam, they want to push back the conservatives by a fresh liberal approach towards Islam, fight with Arab tribalism by interfaith marriages, break taboos by a sexual
revolution, and eradicate the fear for a change in Islam by bringing a change”. This mosque which is located in the center of Berlin and other liberal mosques in other countries are the signs of a new revolution is Islam which is against the black frozen expired bloody Islam. They are moving towards Reformation which is the word of God. They defy odds and limits. It is a new wave, a new movement, and a new mentality.
They are looking for new ideas by criticizing Quran and freedom to talk about the wrong Islam. They are trying to build a bridge between Islam and other religions by reading and studying Quran and other holy books together. They want to let the whole world hear the word
“Allahu Akbar” (‘God is the greatest’) as a call for peace not death. But as Henry David said “The price of anything is the amount of life you exchange for it.” This holy path requires determined, knowledgeable and brave people who are not afraid of stereotypes, fanatics, taboos and “change”. This is not the way that only Muslims should take but all believers in all religions. And as Quran says ” God will never change the condition of a people until they change it themselves (13:11)’. They should stop blaming the religion, put aside their fears and do something, otherwise nothing will happen.
Wish all of us try to make the world a place for love not war.

1 thought on “A Need for a peaceful Islam”